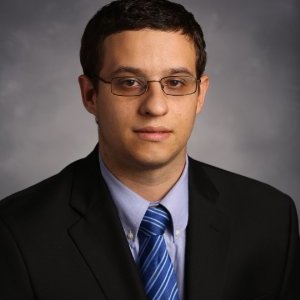 As a millennial, how can you help find a cure for Alzheimer’s disease? One of our members, James Balch, challenges our generation to take action toward ending Alzheimer’s. 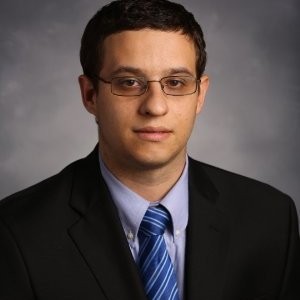 About James: James is an active member of the Junior Committee. Professionally, he is a consultant for Pemco & Co, LLC. His aunt suffers from Alzheimer’s disease.

Before I go into depth about my call for a moon shot for Alzheimer’s disease, I think it is important to share my personal story. My aunt is suffering from Alzheimer’s disease. It started with memory loss and the symptoms increased from there. The ironic part is that her husband and one of her sons are cancer surgeons where surgery or radiation can send cancer into remission, yet there is no solution for Alzheimer’s disease. Even as the disease has progressed, I continue to be impressed and touched by the courage she has in not letting the disease stop her from living. Also, I have seen her family give her love and strength as she gave to them for so many years.

As previous generations have brought awareness and billions of dollars to cancer research, we have the opportunity to make people aware of a forgotten disease that affects 5.4 million people every year. Alzheimer’s disease needs a call to action. The biggest issue that this disease brings is that there is no clear cure yet, but that does not mean we should not fight for the funding in research to accomplish that goal no matter how challenging it is. I am proud to be a millennial because when we hear it cannot be done, we activate our community to make the impossible the possible.

The pieces are there with increasing research capabilities to study the brain to further understand Alzheimer’s and alleviate its affects, but our generation needs to educate our fellow members in the community who can bring increasing awareness to take action. A movement can be born to show policy makers why Alzheimer’s research funding can be part of his or her legacy.

I am writing this blog post to call for a moon shot. Currently Alzheimer’s disease receives less than a tenth of the funding that cancer receives. I challenge our generation to bring continued awareness and give our political leaders the momentum to reach the $2 billion per year goal in Alzheimer’s research that researchers have stated is necessary to treat or prevent this deliberating disease. By activating our generation, we can crush this goal. Already Presidential Candidate Hilary Clinton has supported the $2 billion goal and several members of both parties have supported increased funding for Alzheimer’s disease.

The question becomes how this is done. Similar to politics where the strongest candidates have the best ground game, Junior Committee members supporting the Alzheimer’s Association from this generation have the greatest opportunity to educate our fellow millennials on how Alzheimer’s disease affects them and their loved ones. It can be as simple as each member speaking to five friends about the disease and challenging them to educate five other friends. Rather than just talk about the disease, you can talk about steps to keep the brain active and why brain health is just as important as physical health. Quickly this can become millions of people behind Alzheimer’s research and a political force is created. This is a simple example, but the passion of our members can truly make curing Alzheimer’s our moon shot.