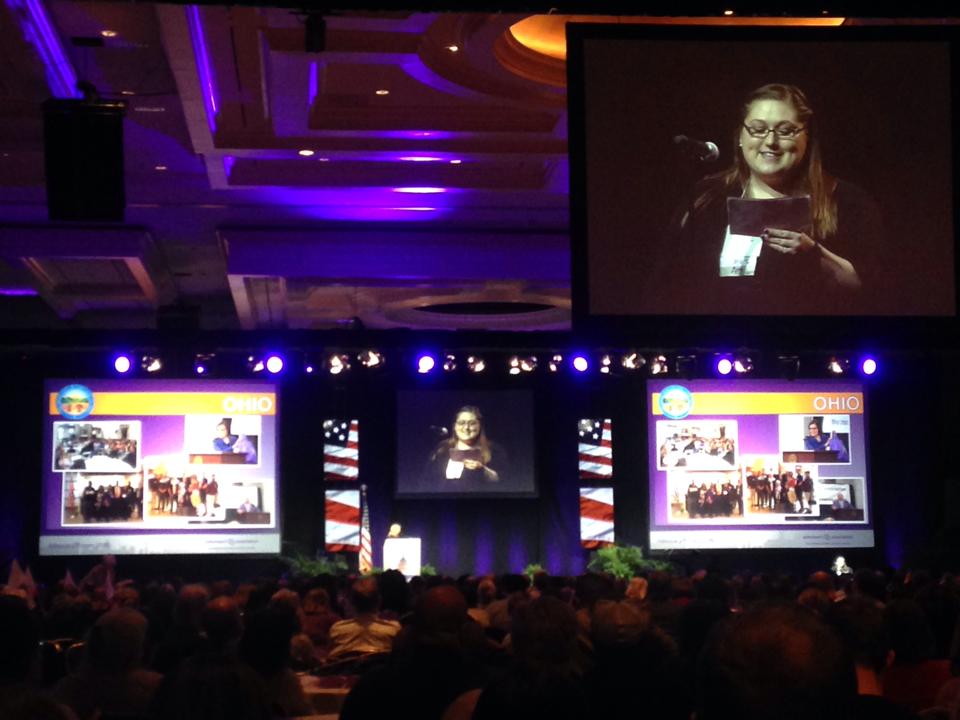 Earlier this month, the Junior Committee sent a group to DC to paint Capitol Hill purple for the Alzheimer’s Advocacy Forum. Our Education and Advocacy Chair, Hayley Jones, recaps the experience here! 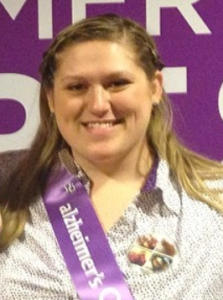 About Hayley: Hayley Jones has been an active member of the Junior Committee since February 2013 and is currently serving her second term as the Education and Advocacy Chair.  She is a 2011 graduate from The Ohio State University where she received her BA in Strategic Communication. In her free time, she enjoys spending time with friends and family and planning her upcoming wedding! Hayley’s mom passed away from Alzheimer’s in November 2013 and she is passionate about ending Alzheimer’s and living in a world where there are survivors.

In 2013, I was asked to attend the annual Alzheimer’s Advocacy Forum in Washington D.C. by Ty Pier, the Advocacy Board member on the Junior Committee. At the time, I was excited for the opportunity, but I didn’t think my attendance would make a difference. How could my story change the way our leaders fund Alzheimer’s research? Is Alzheimer’s really THAT big of a deal?

Alzheimer’s is THE most expensive disease in America. It IS that big of a deal.

During my first trip to the forum, we asked Congress to pass the Alzheimer’s Accountability Act. This would require Congress to work with the National Institute of Health to come up with a realistic budget for research. Up until this point, Congress had been creating budgets without any knowledge of how much money was actually needed. I was shocked. You’re telling me that Congress controls the money we need for a cure, but they haven’t asked anyone how much a cure would cost? That will never work!

A few months after the forum, we learned that the Alzheimer’s Accountability Act passed through the House and Senate and President Obama had signed it. WE DID THAT. I DID THAT. I had a part in making Alzheimer’s history. My story, along with the stories of 900 people from across the country, made a difference.

Fast forward to 2016: I just got back from attending my third forum! This year, I was given the great honor of representing the entire state of Ohio during the opening night roll call ceremony. 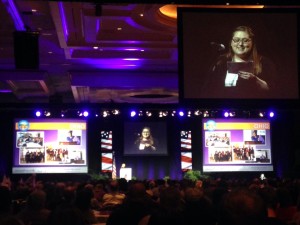 This year, we had ten members of the Junior Committee attend the forum, which is more than we’ve ever had attend before! Each of us earned scholarships from the National Association by attending additional meetings with our members of Congress here in Ohio. While in our congressional meetings, we had three specific “asks” for our leaders.

Our first ask was for an additional $400 million for research during fiscal year 2017. $400 million will bring us closer to the total of $2 billion we need each year to find a cure by 2025. As of today, we receive just under $1 billion.

Let’s go over a few facts and figures about current research and dollars:

A few facts and figures about the HOPE to Alzheimer’s Act:

The last ask was for a new bill referred to as PCHETA (Palliative Care and Hospice Education and Training Act). Palliative and hospice care, with a focus on easing symptoms and reducing pain and stress, and increasing comfort, can improve both the quality of care and life for those with advanced dementia.

A few facts and figures about PCHETA and Alzheimer’s disease:

On top of learning more about Alzheimer’s and advocacy while at the forum, we had FUN! We got to share our documentary, Elephants in the Room with other young professionals from across the country, we shook hands with Senator Rob Portman, and we walked all over our great Capitol sharing our passion to End Alzheimer’s!